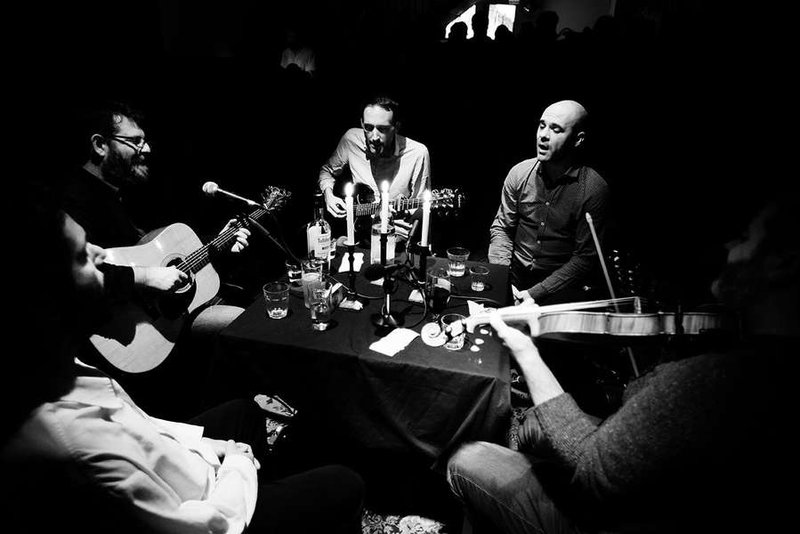 Firming up the Auld Alliance between France and Scotland

One long weekend in December 2017, at the invitation of Bristol’s great independent cinema and social hub The Cube, the five musicians came together for a residency which resulted in the recording of the live release Au Cube (Okraina Records). The record, like the group’s live show, consists of interpretations of traditional French songs in resounding and joyous polyphony, plus Gallicised recastings of original songs and traditional Scots ballads from Roberts’ back catalogue, as well as the occasional slow air from the deft bowing hand of McDermott.

Harking back to both the French and Scottish folk revivals of the late 20th century, and from there even further and deeper into Europe’s musical past, The Auld Alliance is given new life through the careful and attentive craftsmanship of Geoffroy Dudouit, Thomas Georget, Guillaume Maupin, Neil McDermott and Alasdair Roberts.

Support comes from Cath and Phil Tyler, messengers of old folk culture from the hedgerows and the chapels, plus a new assemblage of musicians from the West Tyne -The Berry Tree Band. Annie Ball on vocals, accordion & spoons is joined by Helen Bell on vocals & violin; and Ben Young, vocals & guitar.