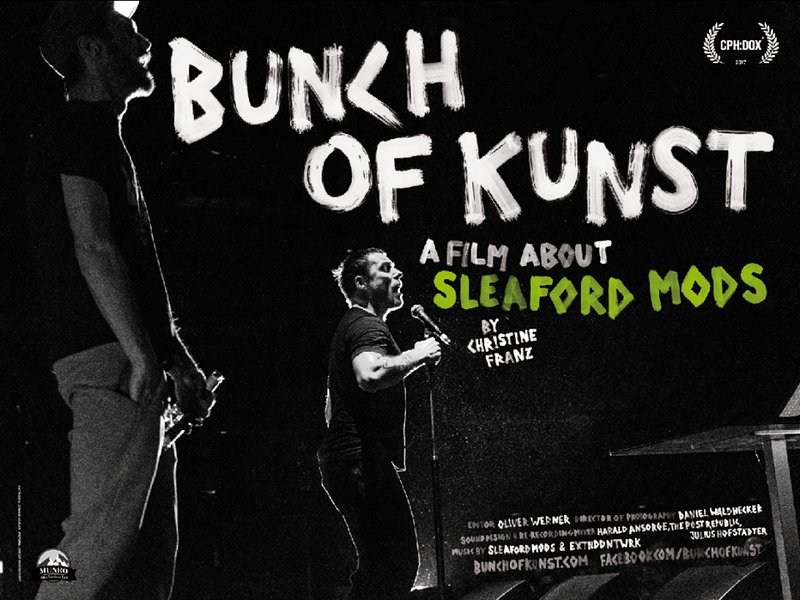 Bunch of Kunst - A film about Sleaford Mods

British punk duo Sleaford Mods have been called "the voice of Britain" by their fans, "Britain's angriest band" by the Guardian and "The world's greatest rock 'n' roll band" by Iggy Pop. Bunch of Kunst, Christine Franz’s official documentary feature, follows them on their two-year journey from Nottingham bedroom recording sessions to chart success.

"This documentary film is the perfect antidote to those sexy, racy, rock ‘n’ roll yawns most bands hide behind. We are indeed, A Bunch Of Kunst" - Jason Williamson

"Just like the Sleafords themselves, Christine Franz's film is unpretentious and unfiltered, and it brilliantly captures the momentum and excitement of a band as they make their breakthrough.”  - Radio Times