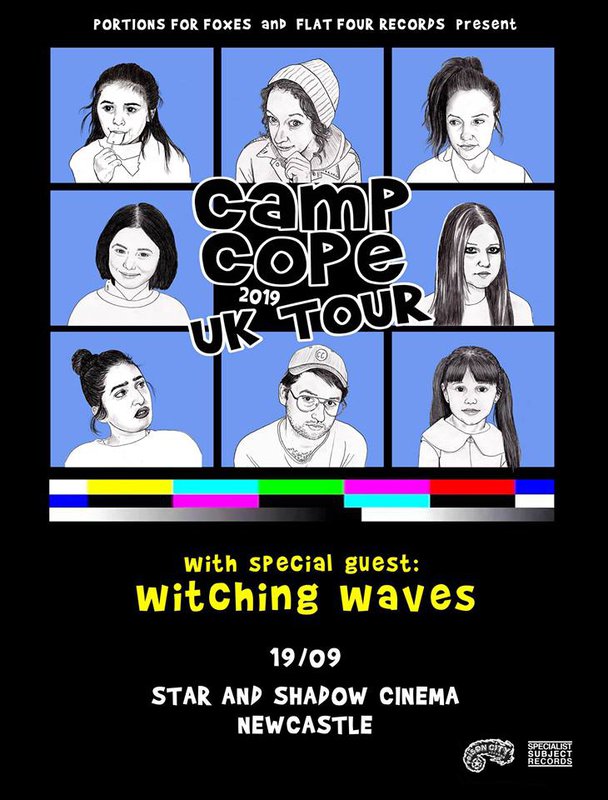 Empowering Australian indie punk trio Camp Cope have announced an 11-date UK tour this September. Last September saw them play a sold out Tufnell Park Dome at their first ever London show, having upgraded from the smaller room after they sold it out in a matter of hours. This freshly-announced set of dates kicks off at The Exchange in Bristol on 17 Sept and finishes off at The Loft in Southampton on 29 Sept, visiting Leeds Brudenell Social Club, London Islington Assembly and more in between. London-based DIY post-punk band Witching Waves will be joining Camp Cope on all dates.

Camp Cope have become somewhat of a force in music since forming in a Melbourne backyard over home job tattoos a few years ago. They’re a band whose work far extends that which happens on stage, or in the recording studio. They use their resilience and strength to fight for the betterment for the music industry and related communities, and have proven that they aren’t afraid to put their heads on the chopping block to do so.

They share this experience on their acclaimed second album ‘How to Socialise & Make Friends, which was released in 2018. It features the standout opener ‘The Opener’, a rally cry which called the music industry to task on its sexist and inequitable structures, and ‘The Face of God’, a harrowing account of sexual assault at the hands of someone whose art you admire.

On ‘How To Socialise…’, Sarah Thompson lays powerful drumlines that rise steady, laying a foundation for Kelly Hellmrich’s driving, winding bass riffs (that exclusively centre around the G and D strings - much to the dismay of men in basements around the world). Their watertight rhythm provides the platform from which singer and guitarist Georgia McDonald stands with strength and ferocity, taking listeners on a trip through the pages of a personal diary, thriving in the uncomfortable and the unspoken.

The energy at a Camp Cope show is rare. Not just because they write good songs that have the audience on their feet. They’re a band that takes action – they say no, they stand their ground, they take up space, and the audience can feel the power from those words. They unite in a space that is truly equal as they scream back every word, arms in the air, veins pulsating. You can feel it in the air. It doesn’t just feel a show – it feels like an uprising.