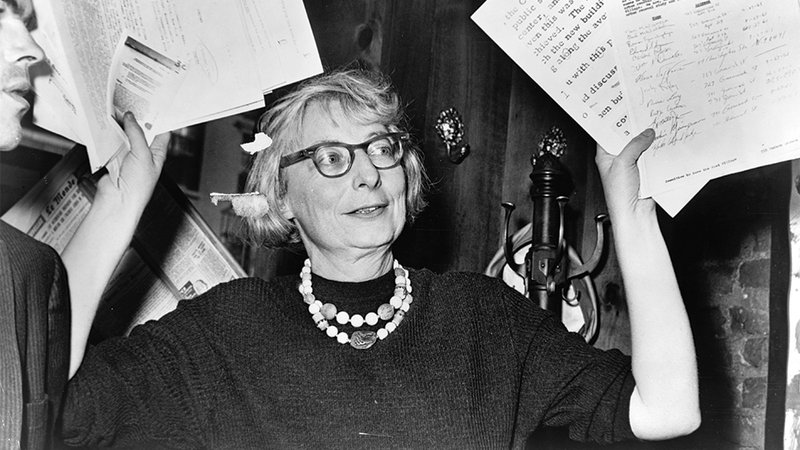 The City and the People:

Citizen Jane the Battle for the City - When New York planning supremo Robert Moses wanted to smash a six lane highway across Greenwich Village, Jane Jacobs took him on....

Jane Jacobs was an extraordinary activist.  She saw what Moses and the developers were doing to New York and understood how they used deceit and lies to manipulate people.  At a time when most people were blinded to what was happening, she knew what was going on and used her extraordinary clarity of mind to explain what Moses was up to, and the damage he would inflict on the city and neighbourhood.

Jacobs was able to  win the battle for the city because she became a formidable street wise organiser.  She inspired others with a clear alternative vision for the city that was simple and persuasive.

Jane Jacobs won her battles with Robert Moses.  But Citizen Jane’s truth is also that her battles our our battles as today private developments disfigure and destroy communities. Now we need to learn from Citizen Jane and fight her fight in our own backyard, for the people who live in our own cities.