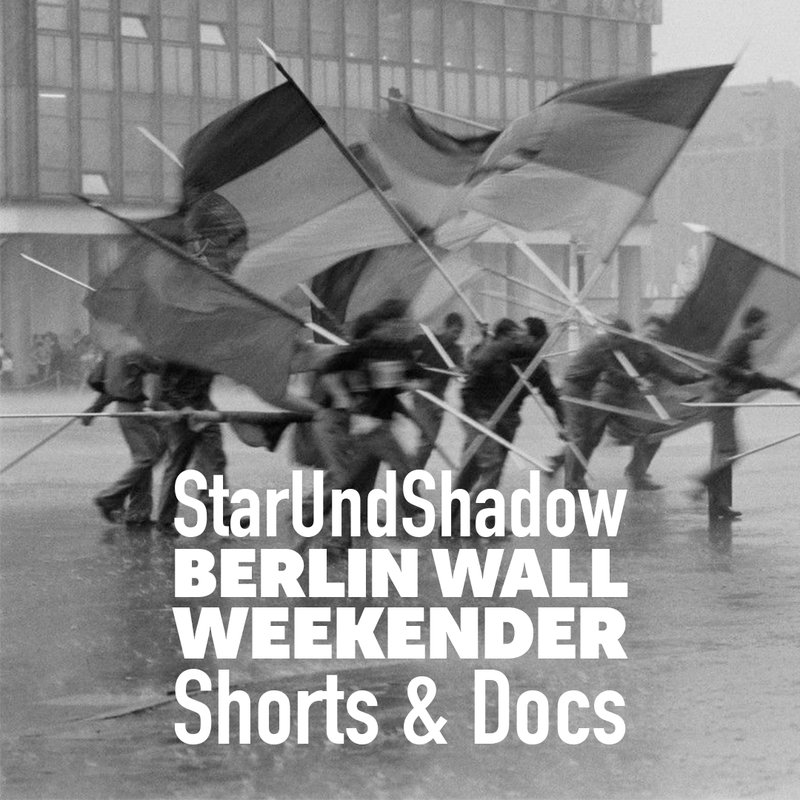 Part of our Berlin Wall Weekender

A Saturday afternoon short film and documentary half-marathon with a break for pausenbrot included in ticket price!

East Side Gallery, Berlin, stands as a statement of creativity which transcends borders and restraint. Photographer Günther Schaefer tells how he and friends initiated this huge and ambitious project in a celebration of freedom and diversity. This is a story of art’s struggle and triumph against injustice.

Because the East German photographer Harald Hauswald was considered a subversive element, the Stasi/East German secret police observed him for years under the code name 'Radfahrer' (cyclist). In this experimental short, Marc Tümmler intriguingly sets Hauswald’s photographs alongside the Stasi reports.

In The Clarification Of A Situation it is 1985 in the DDR. During a 24-hour interrogation an officer of the Stasi trys to force engineer Jürgen to withdraw his exit-permit application to leave the country. The Stasi officer pulls out all the stops to succeed. A dramatic short from German directors Soren Huper and Christian Prettin.

BREAK & Extended Intermission for discussion and a chance to get a drink from the bar and food.

A documentary from the Newcastle based film & photography collective Amber about the East German shipbuilding and fishing town of Rostock, exploring questions about its daily life raised in North Shields, during Amber’s 5 year residency.

Made 2 years before the fall of the Berlin Wall the film grew out of a collaboration with DEFA, the East German documentary studio, which made From Marx & Engels to Marks & Spencer on Tyneside. On location, Amber would mysteriously find shops bursting with produce, a tendency it counteracted by mysteriously time-consuming set-ups that allowed the shelves to empty. 25 years later Amber would return to Rostock to make From Us to Me, finding the participants in the original film, exploring their reflections on what it had captured and their experiences of political, economic and cultural change.

This Oscar-nominated documentary from 2009 uses the wild rabbit population that inhabited the zone between the walls separating East and West Berlin as a metaphor for the city's shellshocked people. The dismantling of the Berlin Wall in 1989 may have been a source of great joy for some but for the wild rabbit population and the comfort they enjoyed for over 40 years in the no-man’s land it was a catastrophe. A German-Polish production directed by Bartek Konopka.