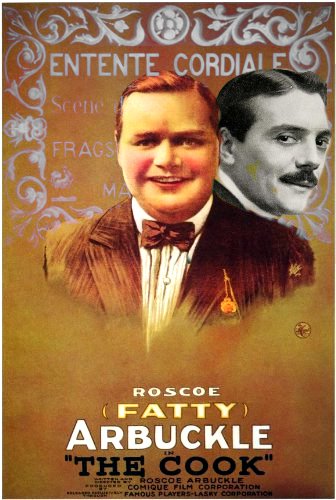 Max Linder was a French silent era innovator who died in 1925 and who's influence is often overlooked, by 1911 he was writing and directing films where his recurring good natured lush character made him one of cinema's first international stars, here an old friend becomes a love rival and the only way to sort it out is with an old fashioned duel.

Roscoe "Fatty" Arbuckle was a huge early film comedy star largely forgotten today, his lampoon of the seduction dance from Salome was a popular gag back in the day which may not translate for a modern audience, though his deft juggling skills have stood the test of time a little better.

His co-star, Buster Keaton, is a different matter. His remarkable vogueing is a timeless performance still as fresh to viewers as it was back then. Just a small example of his magnetic on screen presence and great physicality.

plus
A specially selected collection of turn of the century dance themed early experimental shorts from the studios of George Melies, Segundo De Chomon, Thomas Edison and more, mashed up by in-house cut'n'paste specialist PHiD