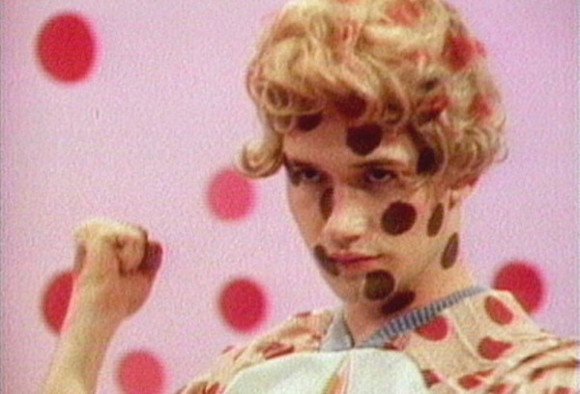 With music from The Fall and design by Leigh Bowery

In this fictionalised documentary using faux-cinéma vérité and starring the punk-prince of ballet Michael Clark, Atlas offers a knowing insight into the 1980s London art-squatter scene which involved Clark alongside Leigh Bowery, Grayson Perry and others practicing art and dance as acts of resistance. The spectacularly contrary Clark tore down the conventions of ballet in the 1980s by combining classical sequences with rock music, performance art, platform shoes and provocation. He was the most important choreographer of the late 20th century and this rare film is a must see for any dance fan.