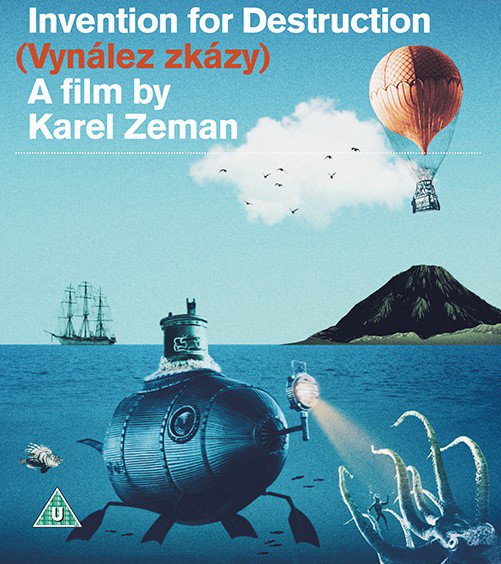 Known for his innovations in the use of live-action and animation, the director Karel Zeman is sometimes described as the ‘Czech Méliès’ and has been noted as an influence on film makers such as Terry Gilliam, Tim Burton, and Jan Švankmajer.

Invention for Destruction, based on Jules Verne’s novel ‘Facing the Flag’, is Zeman’s best known work and broke new ground in its combination of live-action, animation and design, creating a 'steampunk' aesthetic decades ahead of its time. It is still the most commercially successful Czech film ever produced having been released internationally to huge success in 1960, dubbed into English and retitled 'The Fabulous World of Jules Verne'.

The original Czech language version of the film is now available in a new 4K restoration.