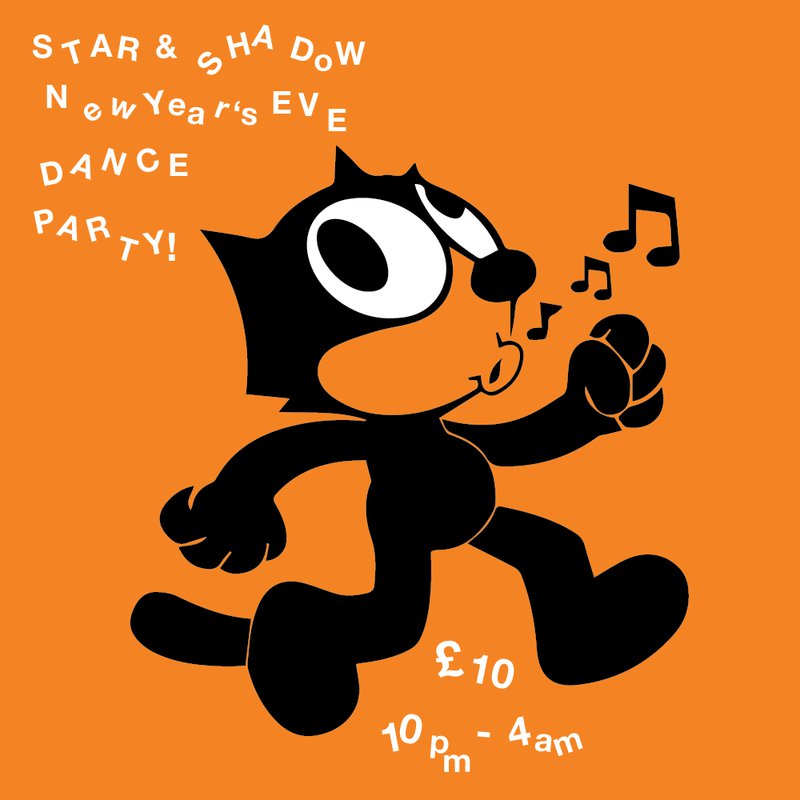 It’s coming up to 20 months since the new Star & Shadow Cinema opened it’s doors and we invite you to see in 2020 with us.

We’ve hosted some fantastic club nights since we opened back in May 2018 and if you’ve been to the ones we put on ourselves you’ll know the drill - the sweltering Byker Groove New York Disco, the hot Italo Disco and the sold out Cold War Disco last month - to name but a few.

We’ve built the friendliest and arguably the most diverse club space in the city with all ages, gender and backgrounds represented - all run and managed by volunteers!

We’ve increased the capacity for the night and will be opening up the cinema. We’ll be packing the usual extra sound too that’ll take you beyond the dance. So get down with us, say goodbye to the decade and dress to sweat, cos it’ll be hot!

We’ve got the Fuzzy Warbles lads to deliver the Byker Groove - New York Loft Disco style + the Highly Professional nameless™ Disk Jocks who came up with the goods for our Cold War & Italo Disco parties - think Acid House, Synth Pop B-Sides and Benelux Bangers with a heavy rotation of Rimini Beach Rave Enhancers hitting all points in between. In the cinema we’ll be hosting the T Dance Smith Cabaret - with cinematic treats, the odd live set or two and a party soundtrack to match courtesy of the S&S Instant DJ Crew.

It’ll be fun, friendly and a DOUBLE TOP party. Tickets are limited so be quick about it!

£10 advance Dancing starts 10pm until 4am