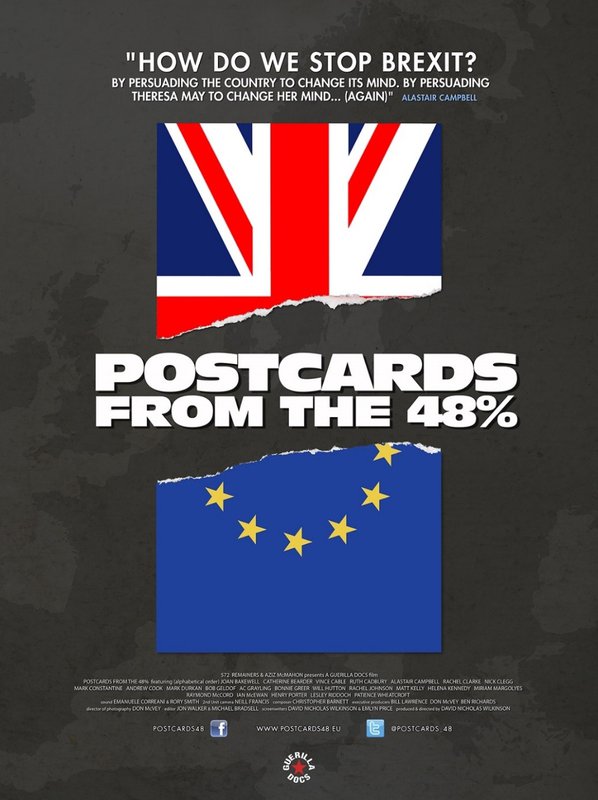 Many were left in shock by the results of the vote for the UK to leave the European Union. Speaking to voters, politicians and celebrities, giving a voice to the 48 percent who voted to remain in the EU.

"The film never finds one positive thing about Brexit, but then neither has the UK  government..."

Despite both sides having been widely accused of relying on information ranging from the crudely distorted to the unashamed lie, neither side presented any of the precise information that should have been made available and thoroughly explored when addressing so momentous a choice for the future of the United Kingdom. Such irresponsibility meant that most voters were left to decide on an issue of colossal complexity based on nothing more incisive than personal emotion or partially informed preference, without the slightest indications of any actual consequences that such a choice was likely to result in.

Regardless of the extreme modesty of a Leavers victory, every day has subsequently pressed inflexibly and uninclusively forward towards the precipice of EU departure, in spite of a growing catalogue of unanswered questions, economic uncertainties and deeply negative warnings that have come to light in its wake.

In a landscape where the only voice to be heard comes from those ignoring completely the views of nearly half the electorate in their headlong rush to Leave - come what may, this film is an attempt to inject facts and points of view from Remainers into the process in order to redress the partiality demonstrated by such an inappropriate imbalance.