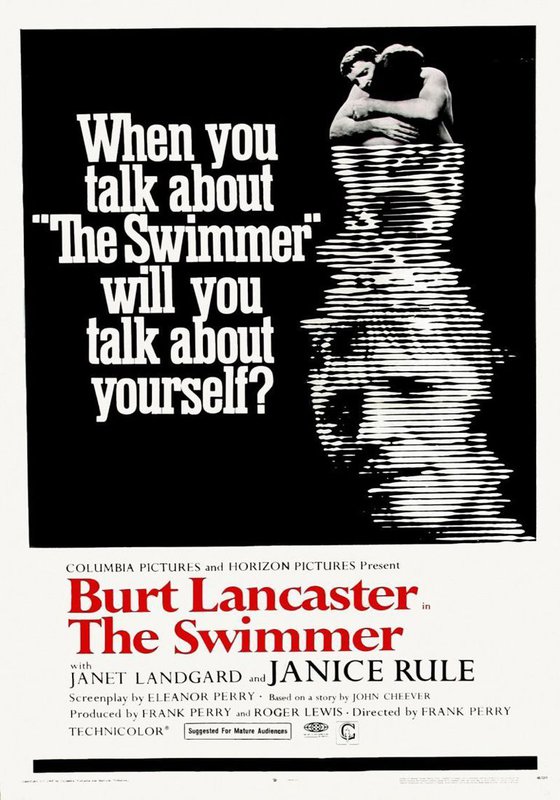 Ned (Burt Lancaster) decides that he'd like to travel the eight miles back to his own home by swimming across every pool in town. He confronts his dreams and deceptions.

This is a strange disturbing Hollywood movie written by Eleonor Page from the short story by John Cheever.  Eleonor Perry was a radical 50's feminist and advocate for women's rights, and her stance is embedded in the Swimmer.  She and her husband were hounded off the movie by producers Speigle and Kazan who became increasingly alarmed by the film's content.  it ended up being one of those films Hollywood buried.