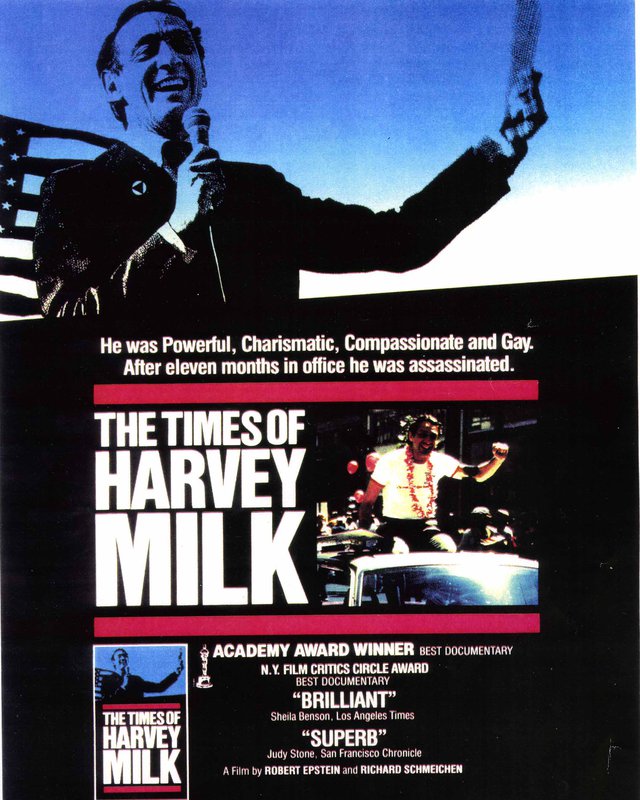 The Times of Harvey Milk

Harvey Milk was one of the first openly LGBT people to be elected to public office in the US.   After pushing through Californian legislation banning discrimination on grounds of sexual orientation, Milk was assassinated in 1978.