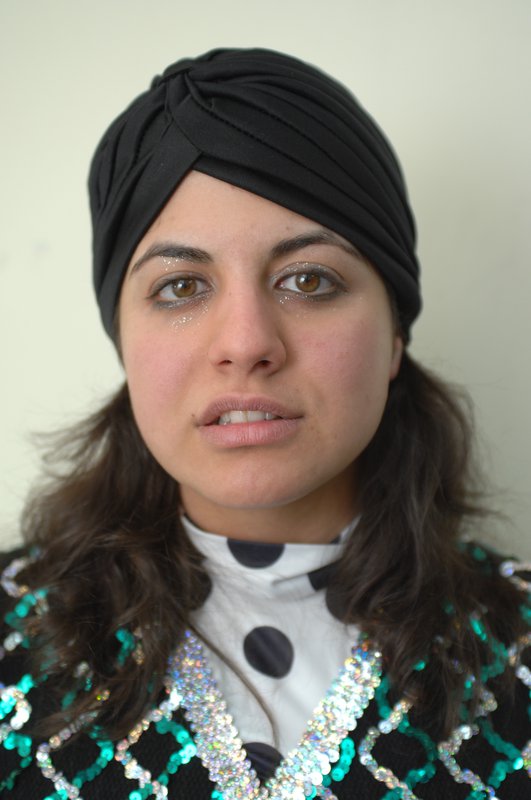 Star & Shadow presents the premiere of

A new show by Roshi Nasehi that experiments with music, stand up and sound art.

Tickets: £8 or pay what you can

Roshi Nasehi’s encounters with bigotry have shown her that while racism is no laughing matter, it is risible. Through experiments with live music, stand up and sound art, she recounts her experiences, which have often been as funny as they are awful.

When she first previewed Ramalamma Ding Dong at Camden People’s Theatre ‘Shape Of Things To Come’ in November 2018, nothing could have prepared Roshi for the excited audience response to the piece. Comparisons were made to the work of Stewart Lee, Hannah Gadsby and Meredith Monk, with feedback like...

“This was excellent, innovative and fresh - might sound corny but I loved it. It's taught me things as well as making me laugh and cry (inside) at the same time. “

“The performance had the quality of a big audience show which could be taken to large crowds. It had a good programme and story which was funny, but thought provoking in equal measure...”

Following the premiere at Star & Shadow, further performances are scheduled for London and Colchester in September.

Roshi Nasehi is a Welsh-born musician of Iranian parentage with a strong track record in performance, recording, cross arts collaboration, public art and social intervention projects. As a child, she sang 80’s pop and Welsh folk in choirs while her parents played tapes of Iranian music. After graduating from RWCMD, she moved to London and formed “experimental, Welsh-Iranian pop” project Roshi Featuring Pars Radio with Graham Dowdall, receiving widespread critical acclaim including twice experimental record of the month in Mixmag. Commissions to date include So&So Circus Theatre, The Southbank WOW Festival and the British Council, for whom she presented major public Sound Art pieces in Kuwait.