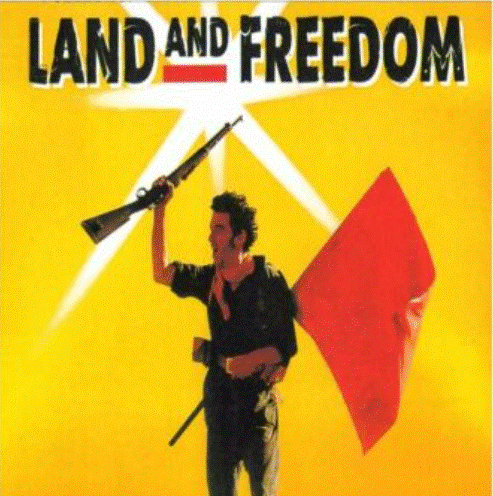 Trailer: Land and Freedom (1995) on Vimeo
Ken Loach's acclaimed 1936-set film about the Spanish Civil War stars Ian Hart as a disillusioned Liverpudlian who decides to follow his principles and join the fight against fascism in Spain. Taking up with a poorly armed Republican alliance, he soon becomes enmeshed in the desperate struggle to protect the country's democratic government from General Franco's advancing armies. David bonds deeply with his comrades, especially the beautiful Blanca (Rosana Pastor), but is dismayed as political infighting threatens to plunge the whole resistance movement into turmoil. Epic in scope and brilliantly acted, 'Land and Freedom' is one of the most unique, powerful and moving war films ever made.