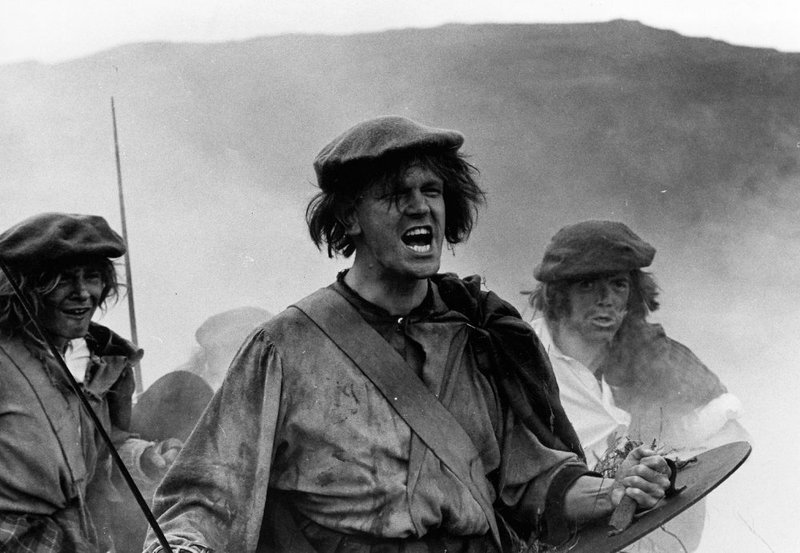 In 1746, the battle of Culloden was Bonnie Prince Charlie's last stand against the English forces. Defeat led to the destruction of the Highland Clan system and the subsequent Highland Clearances. Watkins brilliantly reimagines the battle in the style of a contemporary TV documentary.

Having made a handful of short films, Culloden was Watkin’s first full-length feature. Made for the BBC when people like Ken Loach and Dennis Potter were also working there, the film depicts the 1746 battle using a contemporary documentary style. The battle marks a turning point in Scottish history, leading to the destruction of the clan system and the Highland Clearances. Interesting subject matter for a film maker, but Watkins’ treatment is groundbreaking for the time, using non-professional actors and hand-held camera. Many of the actors portraying the Highlanders wee direct descendants of the people killed at Culloden. Radical cinema indeed, perhaps not coincidentally made at a time when Vietnamese villages were being ’pacified’.