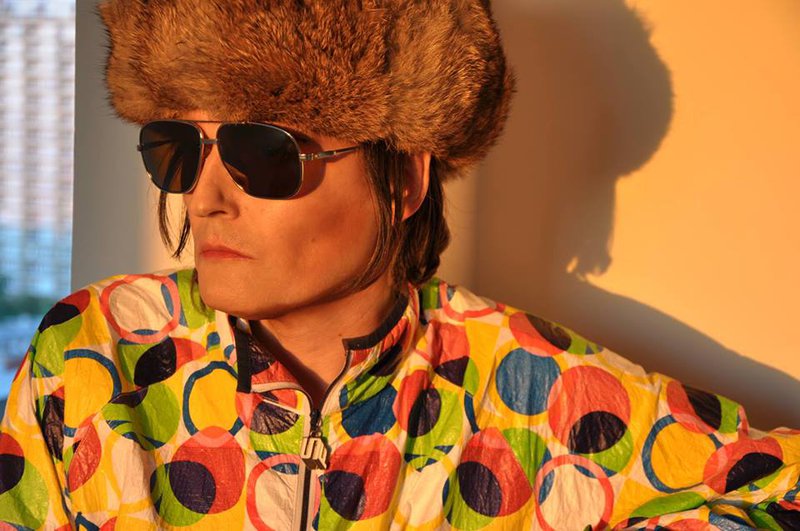 Tickets: £15 from online + £7 concessions also available on the night.

It's taken a while, given that he is 56 and yet to break out of cult stardom, but the time of Lawrence is finally arriving. This Birmingham iconoclast set the template for tasteful indie pop with the dreamlike, serious-minded band Felt, who released an album a year throughout the 80s. Then he took something of a U-turn and embraced 1970s pop kitsch with Denim, who almost had a hit in 1997 with the single Summer Smash until Princess Diana died in a car crash and the label melted all remaining copies. Go-Kart Mozart is Lawrence’s response to such terrible luck; a “B-side band”, in his words, who abandoned all hope of commercial success with chirpy songs about poverty, drug addiction and despair. After all these years, however, Lawrence’s originality and humour is finally connecting. Wearing a glittery tie and a baseball cap, Lawrence is backed by Terry Miles (something of a keys virtuoso) on a bank of vintage synths and together they play what on the surface sounds like escapist novelty pop, is in actual fact brutally honest. Relative Poverty, with its singalong line “I’m living on a tenner a day”, sets Lawrence’s reduced circumstances to a tinny glam rock beat and When You’re Depressed sees his gloomy state with deceptive jollity. Drinkin’ Um Bongo must also surely be the world’s only pop ditty about the Rwandan genocide.

Zahnpasta Brothers are a politically correct duo from the North East, harmoniously mixing males from different social backgrounds in a successful integration project.