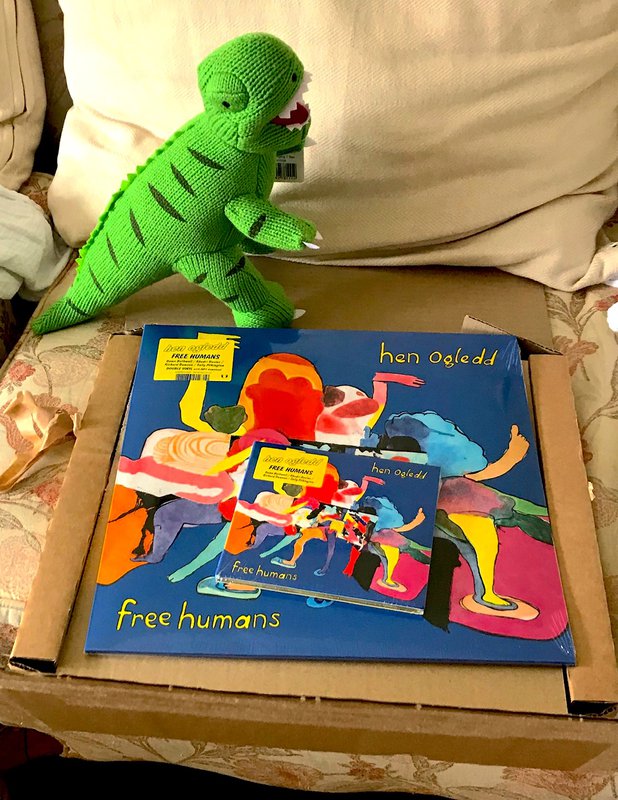 THE EVENT IS NOT TICKETED, SIMPLY RETURN TO THIS PAGE WHEN THE TIME IS RIGHT AND YOU WILL SEE THE LIVE BROADCAST

It is with great pleasure we announce Free Humans, the new album from Hen Ogledd (Weird World/Domino ).

Hen Ogledd invite you to join them at the beloved Star and Shadow's online cinema, for an album release party!!! With some very special friends and an allusive pub quiz with picture round and prizes (!!!)

We will not be performing live due to covid restrictions, but invite you to join our party, chatter a bit about the album, see our new music videos, some work by our friends and collaborators, listen to some selected tracks from the album, and win some prizes in our special allusive quizzzzzzz.

Free Humans tackles themes of love, friendship, Gaia theory, sewers, the nature of time, human stench, and the thrills of wild swimming, it’s remarkable that, given the intense collision of influences and wide-ranging ideas at play, Free Humans somehow coheres into a marvellous whole.

Free Humans doesn’t shy away from the fact humans are killing the earth, but it does it with spiky wit. Hen Ogledd manages to hold both the tragedy of the wrongs happening in the world and also a sense of hope and liberation in their hands at the same time.

Listen to it and you might just glimpse something like tree-consciousness. Listen to it and different layers and membranes and atmospheres will reveal themselves. This is not background music. It was made at a Lagrange point - the zone between the moon and the earth where gravity is cancelled out - so what you hear is the push and pull between structure and chaos, refinement and accident. Contradiction is the name of the game.