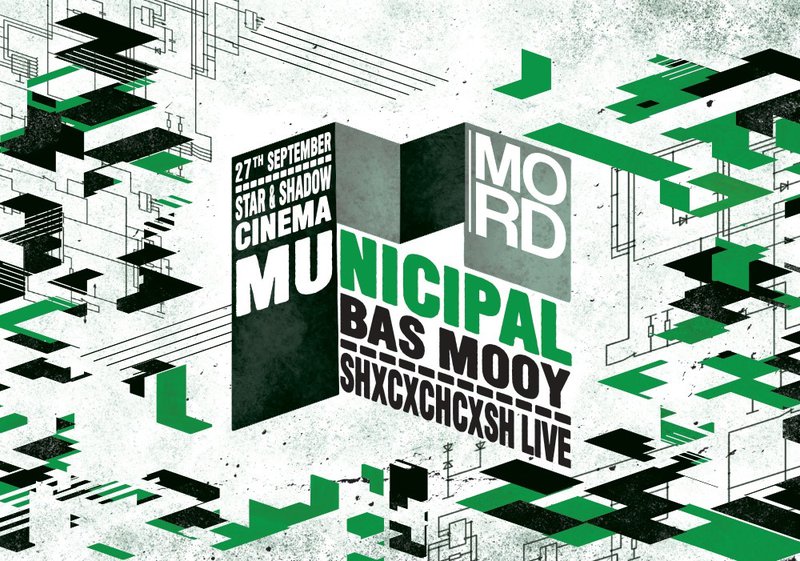 BAS MOOY has been running successful record labels for over 16 years. Starting in 2003 with Audio Assault, Bas spent 10 years releasing music from some of technoâ€™s most in-demand artists, before wrapping the label up in 2013 in order to move in a new direction. That new direction is Mord, which in just over 6 years has clocked up over 70 releases from technoâ€™s most forward thinking artists (e.g. Tensal, Rebekah, Oscar Mulero). Mord has grown to become one of the most crucial techno labels on the planet, and a benchmark for consistent quality. Somehow during all of this Bas has found time to release dozens of his own records on high profile labels like Mote Evolver, Perc Trax and Planet Rhythm, as well as spending his weekends DJing at the most celebrated techno clubs in the world. We'rere incredibly excited to welcome Bas to Newcastle.Â

SHXCXCHCXSH (Pronounced Shhhhhh) are a mysterious, Swedish duo whoâ€™ve been releasing leftfield, experimental techno since 2012. Their music explores the more abstract sectors of techno. A typical SHXCXCHCXSH track can lurch from mystical ambience to functional club track in ways that feel perfectly natural, whilst always adhering to their bass-heavy, rough textured aesthetic. Their initial releases came courtesy of Shiftedâ€™s label, Avian, followed by a bountiful period on their own label, RÃ¶sten. On their most recent release, 2019â€™s WORD EP on Mord, SHXCXCHCXSH continue to ignore the conventions, whilst delivering 4 tracks of essential techno. Bring your black cloaks.