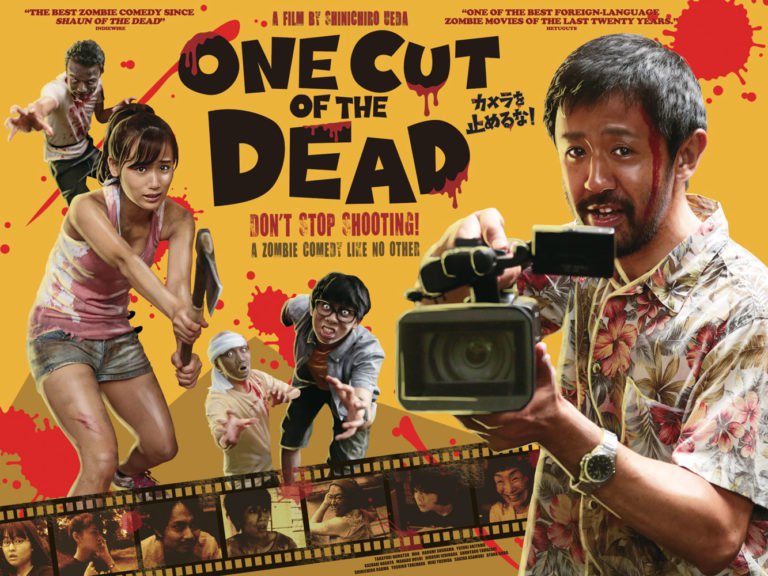 ...with zombie trivia before the film!

“Not only the best zombie comedy in years, but it’s also the best movie about indie film-making in decades.” FilmSchoolRejects

Brainy and bloody in equal measure, One Cut of the Dead reanimates the moribund zombie genre with a refreshing blend of formal daring and clever satire. A cast of relative unknowns, a brilliantly disguised low budget and an epic, 37-minute opening single take makes Shin'ichirô Ueda's feature debut a bright, breezy and laugh-out-loud hilarious comedy that's as much about the trials and tribulations of independent filmmaking as it is about the walking dead. Anyone who's made a film or put on a show on a tight budget and out of love for the art will recognise themselves in this.

A film crew is shooting a zombie horror flick in an abandoned water filtration plant, allegedly used for human experiments by the military. Just as the director browbeats his actors and demands more special effects blood, a real zombie apocalypse erupts, much to his auteur delight....

Don't miss this rare chance to see your new favourite horror-comedy on the big screen!

Arrive promptly if you want to participate in ZOMBIE TRIVIA starting at 19:30. We'll have three quick rounds and then score your sheets during the film. (Very, very) small prizes to follow, and lavish praise heaped upon the winners.

“The Best Zombie Comedy Since ‘Shaun of the Dead” Indiewire

“I’ve never seen anything quite like ONE CUT OF THE DEAD. A sublime, almost religious, experience that reminds me why I love movies.” – ScreenAnarchy