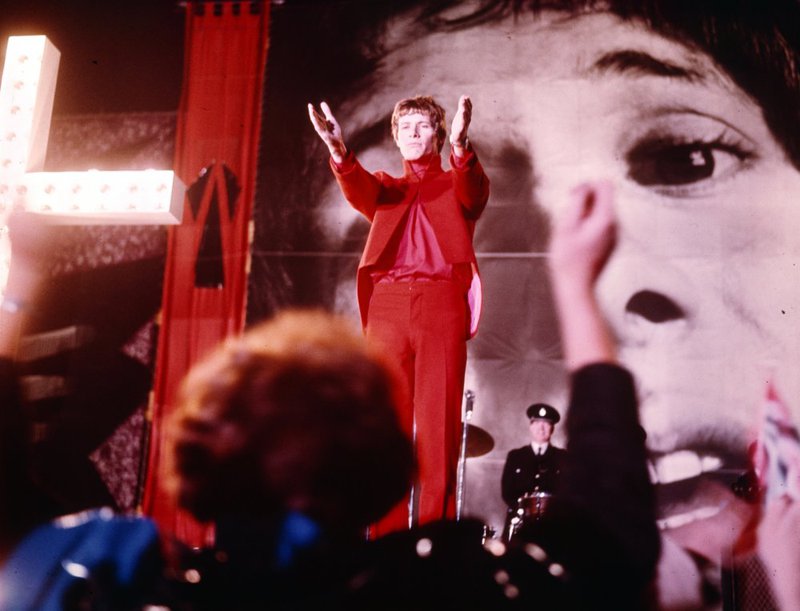 Privilege is a savage satire of celebrity culture, as relevant today as it was 50 years ago. Steven Shorter is the biggest pop star in Britain, influencing millions of his fans. However, he is carefully managed by the government to keep the country's youth under control. Featuring Manfred Mann singer Paul Jones and model Jean Shrimpton, Privilege  beautifully skewers the surreal imbecility surrounding the world of the 'celeb'.

The idea of using a pop star to influence millions of young people seems very contemporary, yet the film was made in 1966 and released in 1967 at the height of Flower Power. The Church, state and celebrity culture are mercilessly skewered, despite the satire. The huge concert scene borrows heavily from Triumph of the Will. Perhaps predictably, the film’s pessimistic message meant that reviews were mainly negative. Rank cinemas refused to show the film, and Universal withdrew it from circulation after a handful of screenings. However, like much of Watkins’ work, the film has subsequently been re-evaluated and is now seen as a key British film of the period.