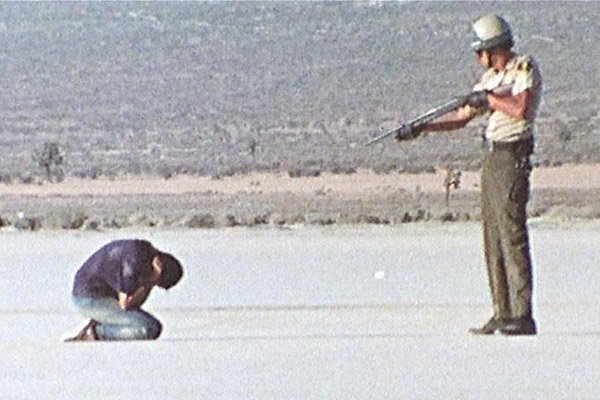 Faced with growing opposition to the Vietnam War, President Nixon decrees a state of emergency. Hippies, feminists, activists and other 'dangerous' elements are rounded up and given a choice; a full prison sentence, or three days at Punishment Park, where they will have to cross miles of desert without food or water, whilst being pursued by National Guardsmen. If they make it they are free. A documentary crew from Europe follows the proceedings.

All the themes of Watkins’ work come together in his masterpiece, Punishment Park. Anticipating both exploitation films(Turkey Shoot, Battle Royale) and mainstream Hollywood(Hunger Games), the film mirrors some of the events of the time, but also seems oddly contemporary when viewed now. Most of the actors were non-professional, and many held similar views to their characters in the film. Much of the dialogue was improvised. The film, as intended, provoked a strong response. It was removed from US cinemas after 4 days. Once again, it has gradually seeped back into public consciousness.