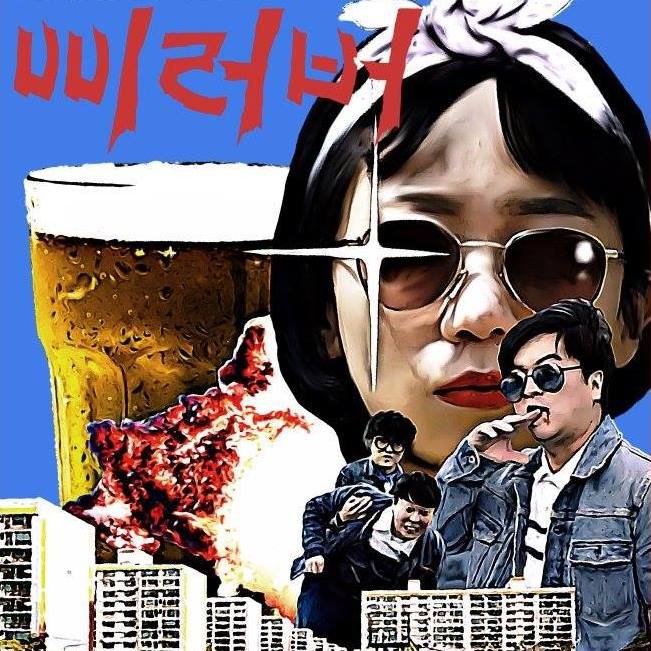 Say Sue Me • (South Korea. Damnably Records / Electric Muse Records)
Say Sue Me are a surf-inspired indie rock quartet from Busan, South Korea. Friends since 5th grade Jaeyoung Ha (Bass) and Byungkyu Kim (guitar) met drummer Semin Kang at high school and played in bands together until the winter of 2012, when one day they were drinking tea and beer at a tea shop in Nampo-dong, and Sumi arrived. They liked her speaking voice and immediately offered her a spot as the vocalist in a new band that would become Say Sue Me. Sumi Choi turned out to be a natural at songwriting.

The band's songs are by turns joyful and bittersweet, yet always infectious: Lauren Laverne, Tom Ravenscroft, Gideon Coe and Don Letts have championed the band as well as Elton John on Beats 1 and KEXP. Say Sue Me have embarked on tours across Europe and Japan and appeared as part of the line up at the first DMZ Peace Train Music Festival in Korea’s Demilitarized Zone. They count Yo La Tengo, Japanese Breakfast, Snail Mail, The Ravonettes, Speedy Ortiz, The Beths and The Notwist as fans.

Sadly original drummer Semin is now recovering from a semi-comatose state. While they eagerly await his recovery, they continue to tour and record with new drummer Changwon Kim, on an adventure barrelling through many colourful destinations: a debut UK tour supporting Japan’s おとぼけビ～バ～ - Otoboke Beaver that started at a sold out 100 Club in London, 2018's SXSW festival in Austin, and their ‘Busan Calling’ debut UK/EU tour which ended with three capacity showcases at The Great Escape Festival.

“…jangly indie-pop, handclap-rich girl-group classics and the lightly rumbling sounds of early surf-rock. At once stylish and timeless…” - NPR
“The best pure indie-pop record of 2018 (so far) is not from Brooklyn or Glasgow or Melbourne or Olympia but Busan, South Korea… a perfectly paced fusion of jangling guitars, bouncing bass and sighed melancholy.” - Paste Magazine

• Headclouds •
Heaton's suitors of the blogosphere on a shimmering dream pop mission, who've been racking up a clutch of infectious single releases since we had them on with Boy Azooga last year.
FFO Wilco / Real Estate / Teenage Fanclub
https://headcloudsuk.bandcamp.com/releases

• TCHOTCHKE •
Playing alternative indie rock and based in Newcastle, Tchotchke (pronounced Choch-Kee), formed in April 2016. Their craft is rich both in melody and impeccable swathes of noise guitar as the song demands.
We've not had them on anything before, but that one's on us.
FFO Neil Young / Built to Spill / My Bloody Valentine
https://tchotchke-music.bandcamp.com/