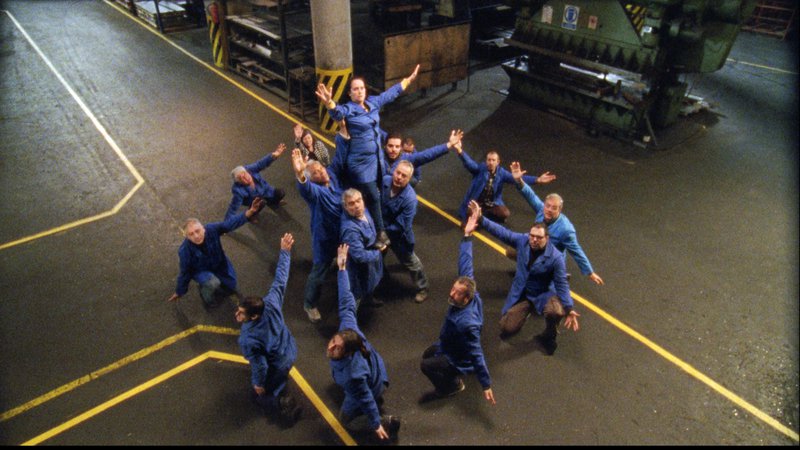 A bold mash-up of realism, polemic and musical set in a Portuguese factory where staff face the axe (The Guardian)

A deadpan drama and rebuke to the crisis in capitalism, Pinho's film starts one night, when a group of workers realizes that their administration has organized the stealing of machines from their factory.

The Nothing Factory unexpectedly morphs from a vérite-like drama into a neorealist musical to pay homage to those occupations and self-management projects that were prevalent during the revolutionary period of 1970s Portugal and still strongly resonate within today current European social and political climate. Conversations after might revolve around 'post-work', automation, globalisation, self-management and whatever else is awakened by the screening.