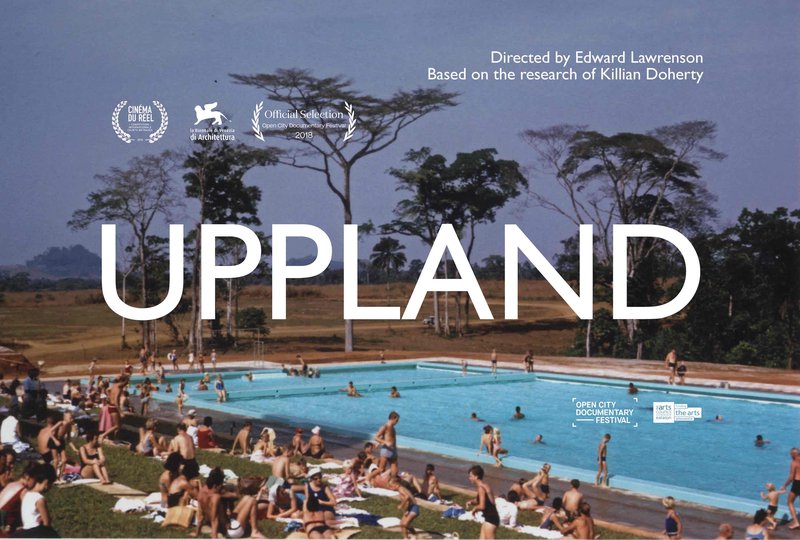 The City and the People:

- Uppland - the ruins of an abandoned African town reveal their secrets + support film: the London Nobody Knows (U)

Uppland: Edward Lawrenson (UK/Ire; 2018) based on research by Killian Doherty

Two films - two contrasting stories of cities: one abandoned; one rebuilding; one without a voice; one with a cacophony of lost voices.

Uppland was once a thriving town in the remote highlands of Liberia.  A prosperous mining community, now decaying and desolate: a concrete ruin in the West African bush. Exploring the town the filmmaker and architect discover through its buildings the story of a promise of prosperity and forgotten injustices. A film about architecture and the city, about the remnants of colonialism, and the spiritual cost of industrial mining.   The film's director Edward Lawrenson will be present at the screening to talk about making the film and will take questions.

The London Nobody Knows:  Ruttman’s  ‘Berlin Symphony for a City’ depicts the German capital as a machine where people are the cogs and gears.  By contrast Cohen’s movie the London Nobody Knows is about human presence.  Cohen diverts out of a lament for a rapidly changing townscape to develop a paean to the lost and destitute people of London.  With James Mason - he of the impeccably raised eyebrow (worth the price of admittance in itself) - as our genial  somewhat quizzing on screen guide, it is people as much as the buildings that fix the city in our mind.  Of its kind, surely a classic.