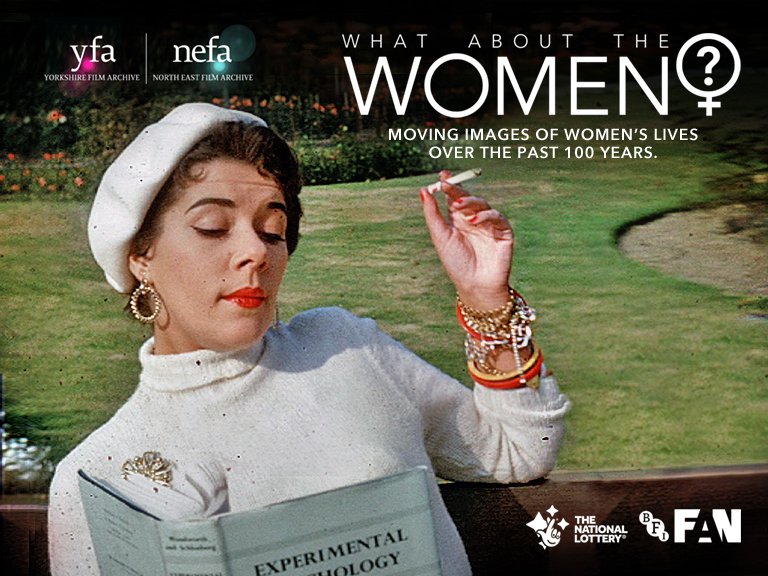 'What About the Women?’ [Revealing Women Series]

What About the Women?’ – presented by the North East & Yorkshire Film Archives

Be astonished, mesmerized, entertained or enraged by footage that reflects how women have been portrayed on film in our archive collections. Taken from regional film collections of non-fiction material; from local advertising companies, cine clubs, amateur and professional footage recording life across the North East and Yorkshire over the past 100 years, the films reflect how women have been represented on screen over the decades – sometimes powerfully, but sometimes slipping into the stereotypical sexist clichés of the times. Featuring footage from some classic Tyne Tees documentaries, including Road to Blaydon following women living through slum clearances in the 60s in the Newcastle's west end and Briefing: Miner's Wives, catching up with politically organised women from County Durham a year after the 84/85 miners' strike, to kitsch promotional films pitched at 'women's interests' and culminating in Born A Rebel, a rousing short using footage from our film archives to commemorate 100 years of northern women on film and the centenary of (some) women having the vote.

Born a Rebel was commissioned by Cinema for All in 2018.

The project is supported by the BFI Film Audience Network as part of Changing Times: Women's Histories, a nationwide season celebrating women within the UK's screen heritage collections.