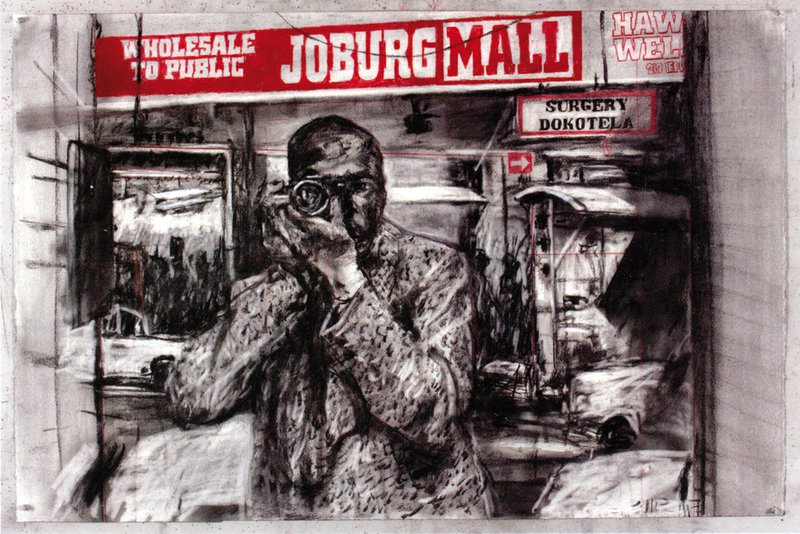 Day one of the Festival

Tickets: £7/6 Afternoon or Evening or £12/10 Day ticket, tickets include entrance to the venue

3.00-4.30 How to make Sense of the World, 2014, documentary followed by Ten Drawings for Projection 1989 – 2011 films, These ten short animated films—made over a period of more than 20 years—are intimate, personal meditations by Kentridge that resonate with the recent turbulent history of South Africa. The films marked his  breakthrough in the international art world as an engaged artist with a sense of commitment and concern for the developments in his native country.

5.00-6.30 The Head and the Load, 2018, screening of theatre production which combines music, dance, film projections, mechanised sculptures and shadow play to create an imaginative landscape on an epic scale. It tells the untold story of the hundreds of thousands of African porters and carriers who served in British, French and German forces during the First World War.

8.45-10.00 Melancholic Constellation 2010 documentary by Ian McDonald, in which Kentridge talks about art-making during Apartheid and in “post Anti-Apartheid” South Africa. A range of artists and academics from Johannesburg comment on his art and his position as a global artist. The film moves between Johannesburg where Kentridge lives and works and Brighton where a major exhibition of his work was hosted by the University of Brighton.