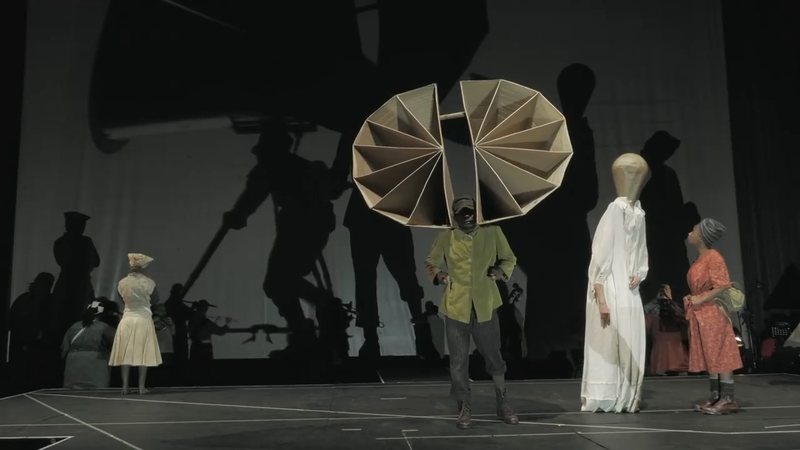 Day three of the Festival

1.30 - 2.00 How to make Sense of the World, 2014, documentary, William Kentridge talks about the origin of his animated films with drawing in front of the camera. “I am interested in showing the process of thinking. The way that one constructs a film out of  fragments that one reinterprets retrospectively – and changes the time of – is my sense of how we make sense of the world".“I learned much more from the theatre school in Paris, Jacques Lecoq, a school of movement and mime, than I ever did from the art lessons. It is about understanding the way of thinking through the body. Making art is a practical activity. It is not sitting at a computer. It is embodying an idea in a physical material, paper, charcoal, steel, wood.”  followed by:

2.00 - 3.00 Ten Drawings for Projection, 1989 – 2011, film. These ten short animated films—made over a period of more than 20 years—are intimate, personal meditations by Kentridge that resonate with the recent turbulent history of South Africa. The films marked his  breakthrough in the international art world as an engaged artist with a sense of commitment and concern for the developments in his native country.

3.15 - 4.15 Imagine ...The Triumphs and Laments, 2016, documentary BBC. Alan Yentob joins South African artist William Kentridge as he prepares an epic frieze along the banks of the river Tiber in Rome. Kentridge worked with Kristin Jones to cover a 560 metre long concrete embankment with a frieze depicting a silhouetted procession on Piazza Tevere. The premiere /opening consisted of a theatrical event featuring live shadow play and  bands composed of more than forty musicians and vocalists performing against the backdrop of the frieze.

4.30 - 6.00 The Head and the Load, 2018, screening of theatre production which combines music, dance, film projections, mechanised sculptures and shadow play to create an imaginative landscape on an epic scale. It tells the untold story of the hundreds of thousands of African porters and carriers who served in British, French and German forces during the First World War.