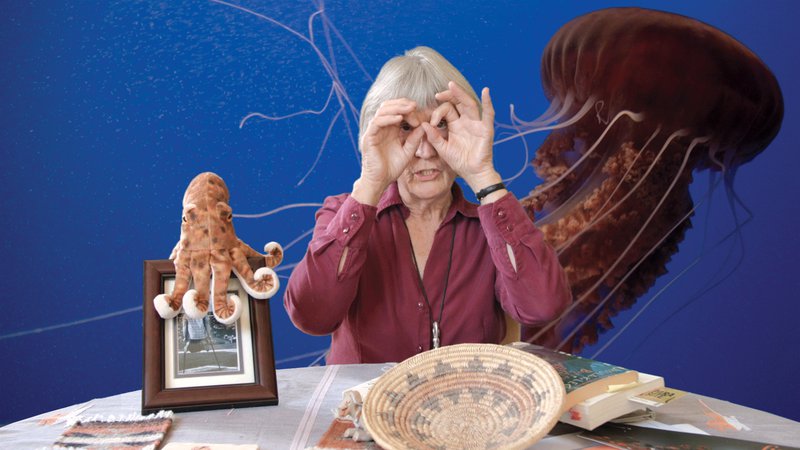 Donna Haraway is one of the strongest and most relevant voices of our age, someone who enables us to think about what is happening to us today by producing hope on the brink of the abyss. She embodies today what can be described as ecosophical thinking, philosophy of ecological harmony or equilibrium, with her writing acute, demanding, not taking the easy route, but conveying a propositional power we desperately need. It can be difficult to read, but when she talks, the intensity, humour and sincerity she expresses make this difficulty disappear. She is wonderful.

Fabrizio Terranova's film portrait Story Telling for Earthly Survival was recorded over a few weeks at Haraway's home in Northern California. In what is primarily direct to camera, Haraway, a gifted storyteller, paints a rebellious and hopeful universe teeming with critters and trans species, in an era of disasters. Having first watched this film at a screening at Baltic in late 2018, a group of us desperately wanted to watch it once more, and so we are programming it here. Come and join us and we can fall in love with Haraway together.

Story Telling for Earthly Survival will be bookended by 2 short films by artist and poet Heather Phillipson. WHAT'S THE DAMAGE (2017) is a proposition and provocation, answering back to ongoing crises under white patriarchy, relaying and augmenting feelings and gestures of chronic unease, protest and dissent. WOW (2018) speaks about the life-giving properties of animal manure - returning full-cycle as food via fertilising a patch of omnipotent, green, green, grass.

The project is supported by the BFI Film Audience Network as part of Changing Times: Women's Histories, a nationwide season celebrating women within the UK's screen heritage collections.