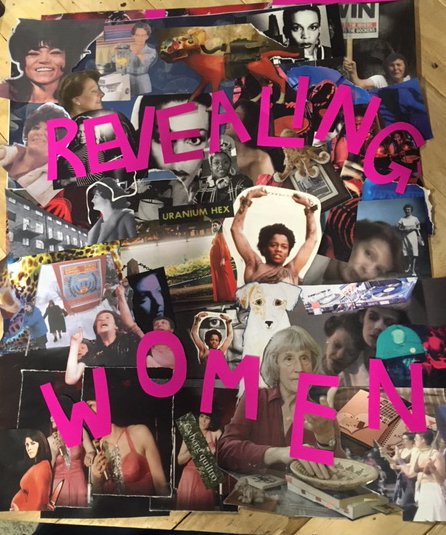 The Revealing Women series is a diverse, collectively organised programme of seven events exploring women's histories—and the representation of women—in comedy and horror, through political and social documentaries, in experimental forms, and within debates around science and technology.

The series takes place between 24 Apr and 29 May and includes film screenings, live music, comedy, discussion and visual art.

Born A Rebel, a rousing short using footage from the North East and Yorkshire film archives to commemorate 100 years of northern women on film and the centenary of (some) women having the vote, will be screened at each event.

24 Apr   'What About The Women?' Presented by the North East and Yorkshire Film Archives

29 May   You Be Mother (Sarah Pucill, 1990) and Letters Home (Chantal Ackerman, 1986), with live performance from Fiona Larkin, Nicola Singh and Harriet Plewis

All events are £7 general admission or £5 student/discounted. Tickets are available in advance or on the door and a festival pass (£25) is also available for all events in the series:  https://www.ticketsource.co.uk/date/647755.

This programme is supported by the BFI Film Audience Network as part of Changing Times: Women's Histories, a nationwide programme of screen heritage activities celebrating social change and cultural transformation on and through film.