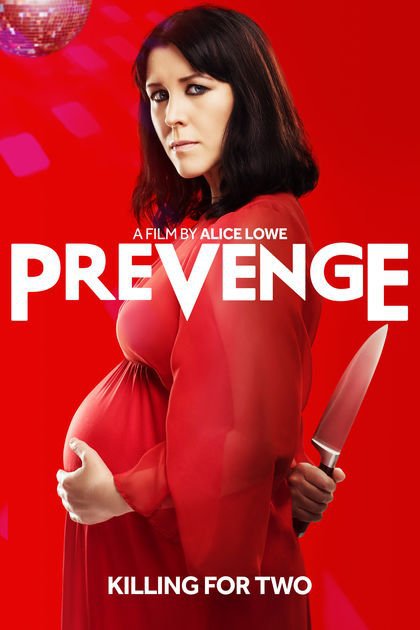 with introduction from Dr. Alison Peirse and post-film discussion

Prevenge (Alice Lowe, 2016) follows the heavily pregnant Ruth  as she goes on a killing spree to avenge the death of her fiancée—obeying the voice of the foetus she's carrying. This pitch-black comedy was a directorial debut for Lowe, who had previously written the screenplay for Sightseers (2012) and acted in numerous feature films and television series. (Lowe, who was pregnant while filming, plays the lead role in Prevenge as well.) Exploring the dark corners of Ruth’s psyche, the isolation of pregnancy, the fears of her impending motherhood, and the depths of her rage, Prevenge is a modern horror classic and a complex commentary on the role of pregnancy and motherhood for women in contemporary society.

Dr. Alison Peirse, editor of the forthcoming collection Women Make Horror: Filmmaking, Feminism, Genre, will introduce the film and provide an overview of Alice Lowe's previous work as a filmmaker, actor, and screenwriter. A post-film discussion will also dig deeper into the broader themes of Prevenge; other 'maternal horror' films; and the ever-growing presence of women working in the horror film industry.