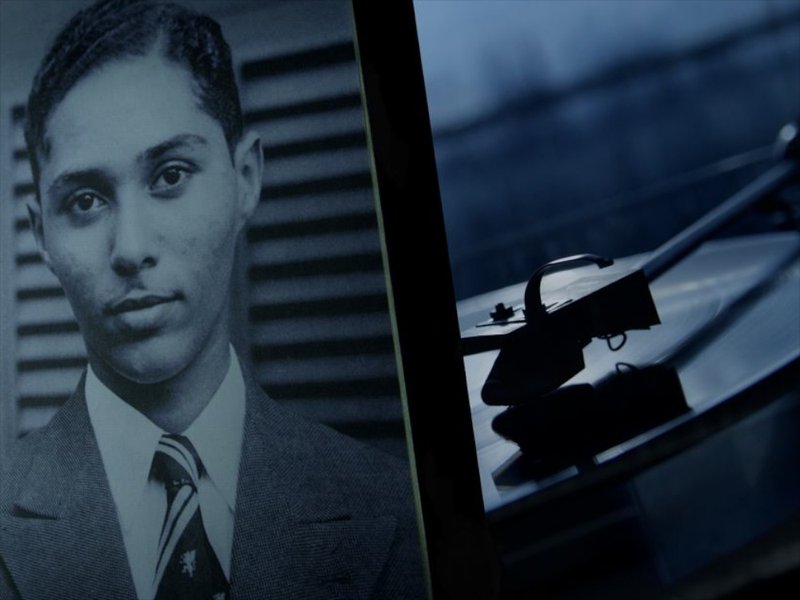 After creating his multi-screen installation work about cultural-studies pioneer Stuart Hall, The Unfinished Conversations (2012; currently on exhibit at BALTIC), John Akomfrah felt that his exploration of Hall was not quite finished. The Stuart Hall Project expands and deepens his study of Hall in a lengthier, single-screen documentary format, exploring themes of national and racial identity, family roots, and diasporic life.

One of the most important voices of the New Left, Stuart Hall emigrated from Jamaica in 1951 and became a key architect of the discipline of cultural studies. Hall’s theories of how everyday lived experience intersects with broader movements of social change are brought to the forefront in The Stuart Hall Project, which combines a dizzying array of archival footage—selected from 800 hours of material—including everything from television appearances to home movies. Akomfrah skillfully weaves together this footage with a chronologically presented soundtrack of the works of Miles Davis, which serves to loosely structure the film’s narrative and provide a sense of changing times along with Davis’s evolving musical style.

John Akomfrah first came to prominence in the early 1980s through his work with the Black Audio Film Collective, and has since become known as one of the most accomplished moving image artists in the UK. Perhaps best known for his thoughtful and complex use of archival materials in his films, as well as his nuanced reflections on the culture of the black diaspora, Akomfrah is a filmmaker who skilfully weaves past and present, memory and material throughout his work.

In cooparation with the BALTIC Centre for Contemporary Art and Newcastle University Culture Lab, we are pleased to be showing two of Akomfrah’s best-known single-screen films at the Star and Shadow:

Don’t miss this rare opportunity to see these films on a big screen!

We thank the BALTIC Centre for Contemporary Art for their generous support of this programme.